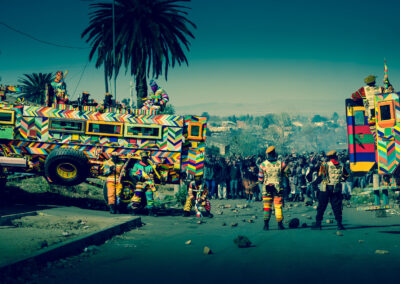 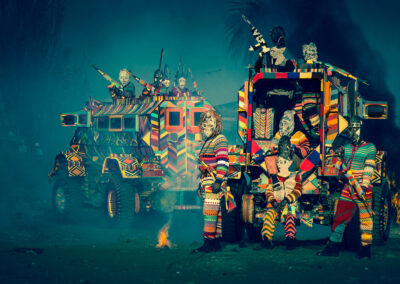 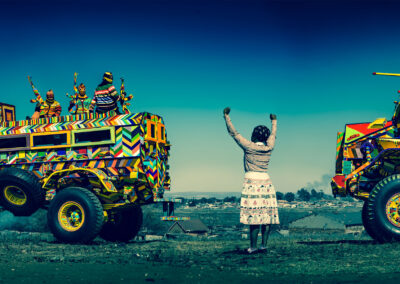 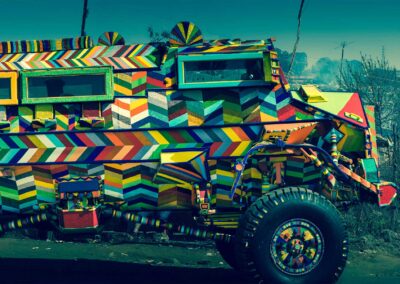 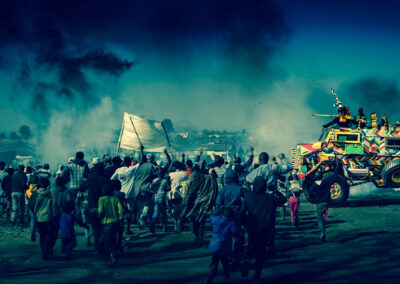 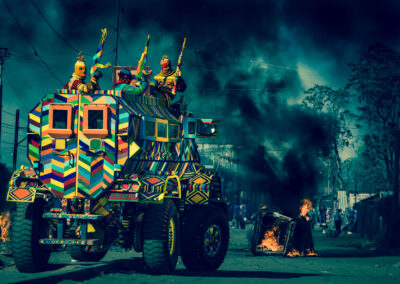 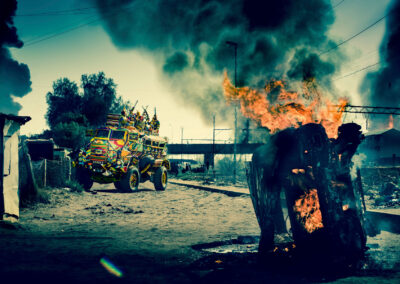 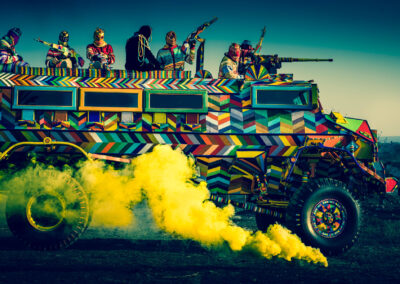 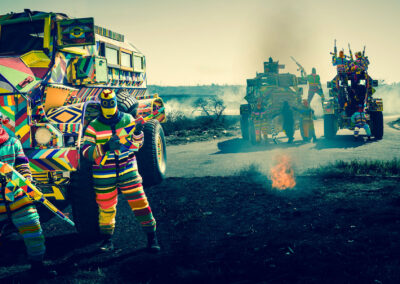 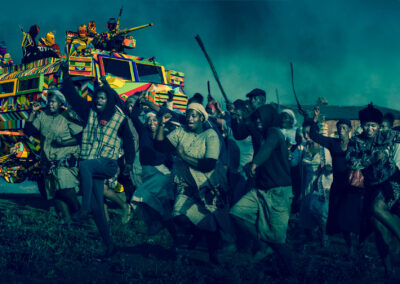 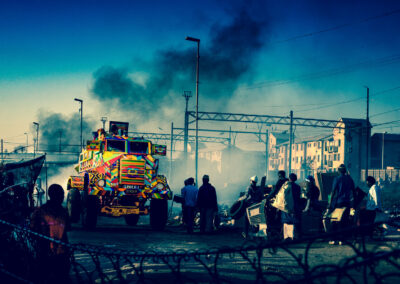 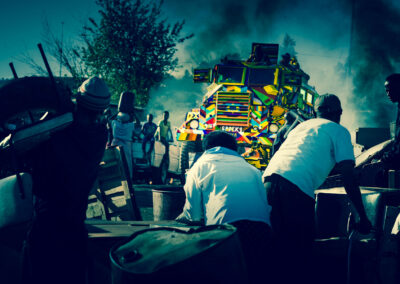 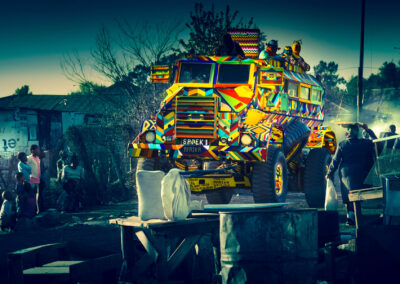 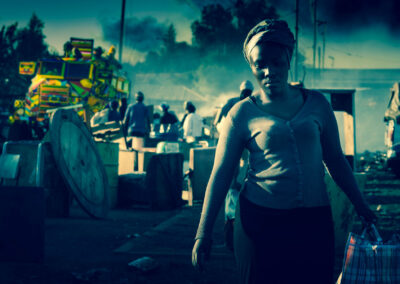 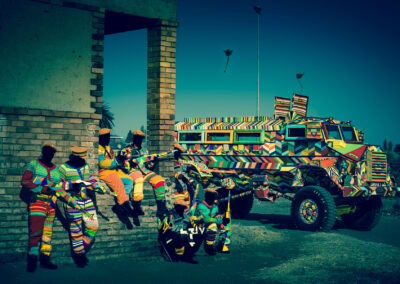 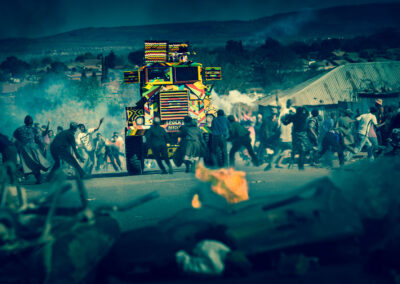 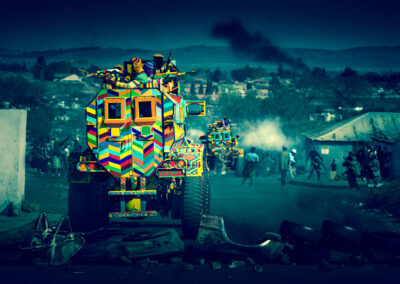 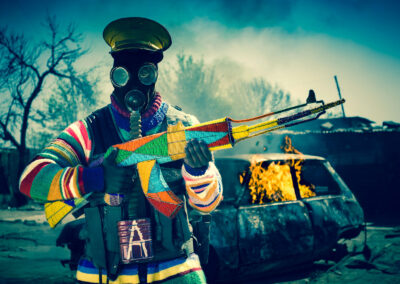 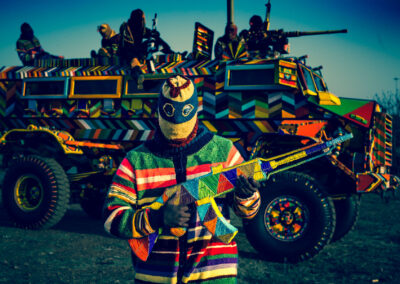 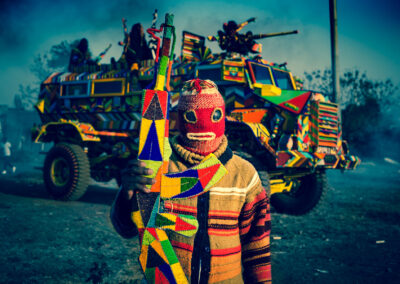 The Casspir Project charts the locus of the South African military vehicle’s legacy of institutional oppression — a legacy with which we are still reckoning. The central element of the project is one of reclamation. The restored and refitted Casspir vehicle, its surfaces fully covered in elaborate, brightly-colored panels of glass beadwork, arrayed in traditional patterns was completed by artisans from Zimbabwe and the Mpumalanga province of South Africa, including women of the Ndebele tribe, known for their craftsmanship.

Anyone who has spent time in South Africa in the 1980s shares some history with the Casspir; it is as familiar as the smell of tear gas and burning tires. Nothing said “police intimidation” like the smell of diesel fuel and the roar of the 165 horsepower engine. Nothing was as potent as seeing one of these ironclad beasts flying through narrow township streets at 90 km/h. Ziman elected to leave South Africa in 1981 and has lived in the United States for 30 years.

“I remember columns of Casspirs, ten or fifteen, heading for the East Rand Townships of Daveyton and Katlehong,” Ziman says. “Heavily armed paramilitary police sitting casually on the roofs brandishing automatic weapons. I remember Casspirs flying at high speeds down the narrow, potholed streets of Soweto. I remember how the South African police would park two Casspirs in the road to form a blockade, forcing drivers to slow into an S-shaped route for tense inspection.”

The Casspir Project is a vibrant, visual illumination of this through line, as well as Ziman’s need to confront his own past and the country he left behind. It is an effort to reconcile a history of devastation and foster a dialogue of where we are going, and what kind of world we want to live in once.